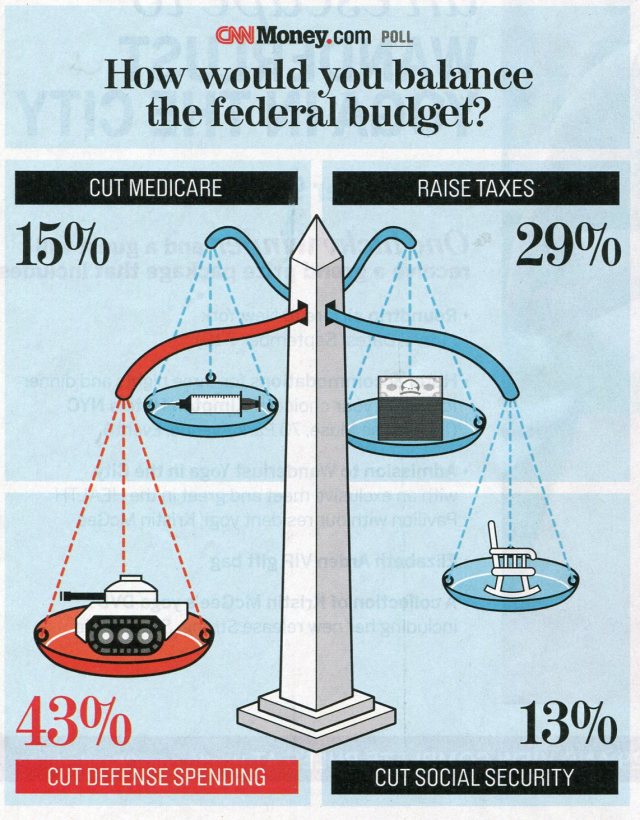 If 2/3 of the USG budget is spent on entitlements (Medicare, Medicaid and Social Security) then it only makes sense that if you are going to balance the budget (which we all know is not possible and so do they) you must cut DoD spending. What annoys me is that the GOP seems to have forgotten that they stood up Homeland Defense (bigger government) and are very responsible for the gross and disgusting abuses fiscal spending during the Bush years (war, and GWOT spending). Yet, now all the sudden they want to cut government spending and blame the deficit on TARP and Obamacare–in essence be the champions of getting government spending under control. Brilliant play GOP. Sickening but brilliant. Once again, I hate both parties–but I HATE the GOP way more.

And where the FUCK was the Tea Party then? Having said that and if you believe the Fabian Society conspiracy (coincidence) of global socialism and NWO–then perhaps the Tea Party, Liberty Movement and Oath Keepers will slow them down? Maybe they will be the wrench in their cog? Maybe they will or are the modern day Andrew Jacksons? After all, Jackson is responsible for genocide of the American Indians (Indian Removal Act of 1830), but he also fought the international bankers and won–at least while he was alive??? I’m just saying. Just like Jackson, the Tea Party movement might be a double-edged sword. Crazy-ass crackers that most of them are.

If you read the latest Bruno article, he links an interview of George Soros. In that interview Soros explains that the goal for the US is a controlled crash of sorts. Controlled by the IMF that is and that the “controlled” part is not guaranteed.

So if TPTB can actually pull off a controlled crash, would that be better than an uncontrolled crash? I mean if they are controlling the crash–are they going to set up the next house of cards that they control? Having said that, anarchy will not be fun and probably not survivable for many people. But hey–that’s CRAZY talk right? I mean the economy is growing, the new House will fix everything, inflation is in check and deficit spending is the only way to pull us out of recession. Oh yea, Peak Oil and Global Warming are liberal elite lies designed to make money for the hippy, tree hugging, Prius driving, draft dodging lefties, communo-facists socialists (they can be used interchangeably–just ask the Tea Party).

View all posts by Ezekizzle →

Genesis 1:1 In The Beginning God Created The Heavens And The Earth 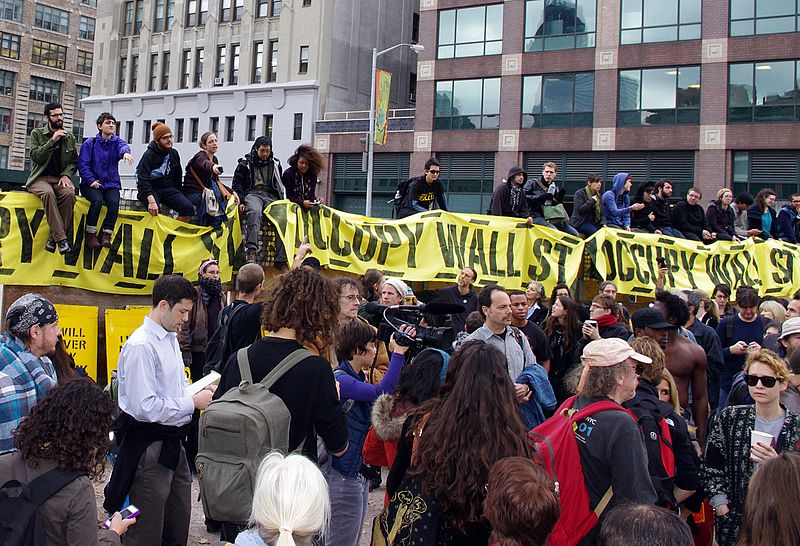 2 thoughts on “Sickening But Brilliant”