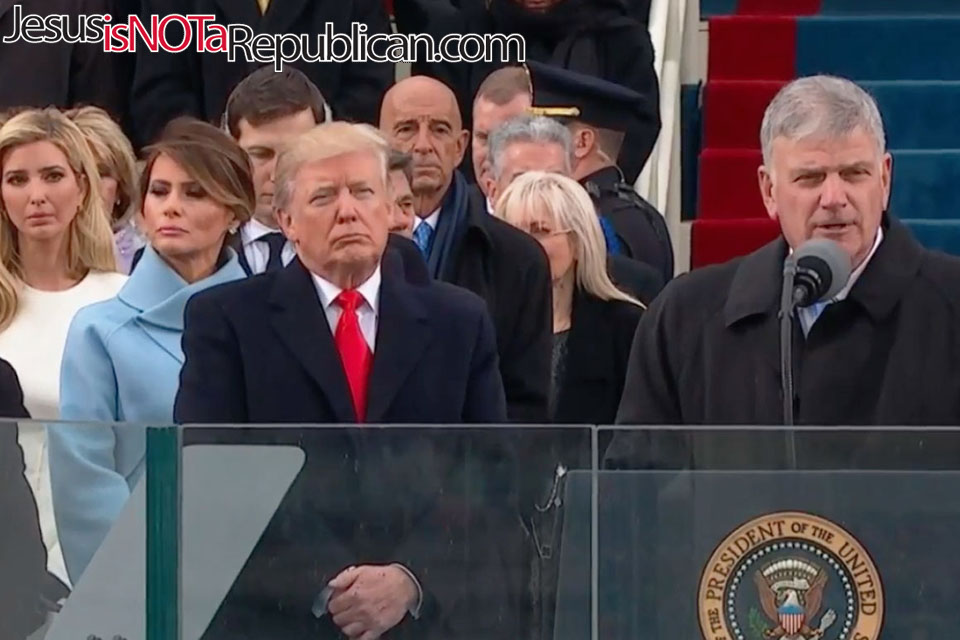 When I first started this blog it was fun because most, if not all, Republican Christians were still trying to hide behind some self-appointed moral high ground in politics and especially religion. After President Obama was elected it was a little harder for them to hide behind that high ground but they still tried. Remember the so-called Christians were some of the first to cast stones.

Even when the Republican Christians gave President Obama the benefit of going to church it was with disdain because he attended the wrong church. Remember the faux conservative outrage over a certain church and a certain pastor? Of course there is no outrage over Trump’s spiritual advisor out on TV preaching the prosperity gospel. Whatever the fuck that is.

I have been thinking about all of this lately while watching the same Christians overwhelmingly support Trump. And it is not just the “he’s going to get us pro-life judges” crowd. BTW I hope those judges are worth having this unprepared amateur trying to play president on TV during a pandemic.

Trump is the poster guy for the Seven Deadly Sins and yet he is their guy. If you made a person out of the sins it would be Trump’s Mini-Me. It is as if they do not even believe their own bullshit anymore.

Pride No one knows more about pride than Donald Trump. Believe me.

Envy So envious of President Obama. And Cuomo now. I love it.

Greed Trump and greed are synonymous.

Republican Christians are no longer hiding their beliefs with their support of Trump. It is over. I have always known that their Christianity was like a WWE character they played for the slack jaws, but now it is out there for everyone to see. Never again can they question or judge any politician or any person for that matter.

Their Christianity is more about oppression and racism and money and politics than it is about religion. Their Jesus brags about being able to get away with murder and abusing women and paying off people for his sins. They should be ashamed but they’re not, because again, Trump is somehow their guy.

Top 5 Arguments Made By Conservatives On The Internet